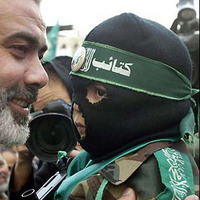 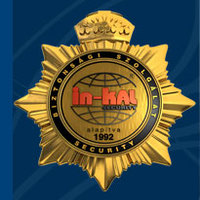 Egy idézet az EU idei SER jelentéséből:
Even when the renewable energy policy goals are reached, Europe is likely to be dependent on more imports than today.

"Only with fast reactors can we have enough energy from uranium, including the use of uranium-thorium fuel cycles. For those countries which think that the time for fast breeders is 2020 or
2030 it may seem too early to begin now, but let us remember that we have not yet fully developed this technology. Of course we know
something about fast reactors, for example in Russia we have experience with BN-350 and BN-600, but I cannot say that what we have developed over the last 30 years resolves all the problems.
First of all, it is not competitive, as is well known. Second, in the sodium coolant we have around 50 million Curies of
radioactivity, so we do not need a fuel melt to have the same accident as at Chernobyl, only a fire. Third, the blanket of the fast reactor produces nearly weapons grade plutonium."

To speak of all this as if it were in the bag (i.e. determined to succeed after roughly a half-century of failure) is misleading and
possibly harmful if it lulls people into a false sense of security.

In order to operate 24,000 breeder reactors, we would need to process and transport, every year, 15 million kilograms of plutonium-239, the core material of the Hiroshima atom bomb. (Only ten pounds of the element are needed to construct a bomb.*) As long as it is not inhaled or otherwise introduced into the bloodstream of human beings, plutonium-239 can be safely handled without any significant radiological hazards. But if it is inhaled, ten micrograms * of plutonium-239 is likely to cause fatal lung cancer. A ball of plutonium the size of a grapefruit contains enough poison to kill nearly all the people living today. Moreover, plutonium-239 has a radioactive life of more than 24,000 years. Obviously, with so much plutonium on hand, there will be a tremendous problem of safeguarding the nuclear parks -- not one or two, but 3000 of them. And what about their location, national sovereignty, and jurisdiction? Can one country allow inadequate protection in a neighboring country, when the slightest mishap could poison adjacent lands and populations for thousands and thousands of years? And who is to decide what constitutes adequate protection, especially in the case of social turmoil, civil war, war between nations, or even only when a national leader comes down with a case of bad nerves. The lives of millions could easily be beholden to a single reckless and daring individual.

Továbbá:
First, breeding: this does not simply convert uranium-238 to plutonium-239; at the same time, it breeds plutonium-241, americium, curium,
rhodium, technetium, palladium and much else. This fiercely radioactive mixture tends to clog up and corrode the equipment. There are in
principle ways round these problems, but a smoothly-running breeding process on a commercial scale has never yet been achieved.

And, of course, it follows that the whole fast-breeder cycle, consisting of three processes none of which have ever worked as intended, has itself never worked. There are three fast-breeder reactors in the world: Beloyarsk-3 in Russia, Monju in Japan and Phénix in France; Monju and
Phénix have long been out of operation; Beloyarsk is still operating, but it has never bred.

But let us look on the bright side of all this. Suppose that, with 30 years of intensive
research and development, the world’s nuclear energy industry could find a use for all
the reactor-grade plutonium in existence, and fabricate it into fuel rods. You can see straight
away how seductive this technology is because when plutonium is used in fast breeders, wrapped in large “blankets” of uranium-238, you need (in
theory) just three tonnes of plutonium to drive the process along, so you could (in theory) start up 80 fast-breeder reactors at the same time. So,
they start breeding in 2035. But the process is not as fast as the name suggests (“fast” refers to the speeds needed at the subatomic level, rather than the speed of the process), and the outcome is by no means certain; but let us give the technology the benefit of the doubt: everything goes according to plan. Forty years later, each breeder reactor would have
bred enough plutonium to replace itself and to start up another one. With the benefit of these magical assumptions becoming reality, by 2075
– long after reaching the depths of the coming energy famine – we would have 160 breeder reactors in place worldwide (there are 432 nuclear
reactors in operation now).

Check it out! Looking at table 10:

If one includes dismantling costs, and all the world's uranium reserves
were used to provide the world's present electrical needs of 55 EJ/yr,
then all the world's reserves would deliver net energy for only 4.3
years!!!

"And I believe that this energy issues is at the center of all of these concerns, and thus I think it's the single most important problem (societal problem) that science has to solve. If you compare it to other things we invest heavily in - for example,investments in medicine, cures of heart disease, stroke, cancer - if we don't solve those problems, it would be tragic. But life would go on as we know it. If we don't solve this problem, life could really change."

Napenergiánál:
"We do not know how to store electrical energy on a massive scale.
"